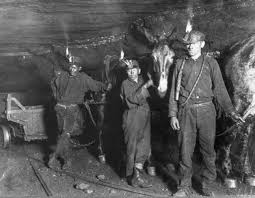 The first time I met Alex many years ago, I noticed his manicured nails. He had the soft hands of wealth. His was not a gaudy proclaiming wealth, but an understated old mixed with new wealth. A retired corporate lawyer, with his much younger wife still working, he wanted to fill his days with something meaningful to do. He’d not had a hospice experience, but he’d heard that hospice was a good organization to volunteer for and he wanted to try it out.

He stuck out in orientation. From his formal weekend wear to his lawyer inspired questions, he animated the sessions with his analytical take on things. The rest of the diverse but more laid back class was somewhat intimidated by him. (Me too if you must know- and yes I tell myself that I’m no better and no worse than anyone else, but heck, my clothes wouldn’t keep their shape like his did).

After the six orientation sessions were over, I met with Alex in my office. He was polite and cerebral and together we formulated that with the help of a seasoned volunteer, he could begin volunteering in our care center.
Alex called me often to ask questions. He would show up at my office door every time he came in to volunteer. Knowing that he was used to doors always opening  when he knocked, I allotted time for him. Was he smart? Oh my, I think I could have applied for 3 credits at a local college after listening to his measured thoughts.
Since the care center staff had really never seen anyone quite like him, I was peppered with lots of questions and comments. “One of those successful types,” a nurse said one day. “He asks a lot of questions,” another said and added, “you’ve got your work cut out for you.”

One day, a new patient, Lester came into the care center. A coal miner from West Virginia, Lester was in his late 80’s. His wife had died young and although he had no children, he had an old phonograph that played bluegrass music day and night. We all were used to walking past his room, hearing the lively strains of banjo, fiddle and mandolin drifting up and down the halls as if over the hills of a coal camp. As thin as a pick axe, Lester spoke of a time when his wife scrubbed his coal stained clothes until her hands bled and the chocking black dust laid upon the ground outside his camp house door.

Alex began to visit with Lester more frequently. He sat in Lester’s room while the phonograph scratched out “Foggy Mountain Breakdown,” and listened to Lester’s stories of moving from job to job until the mines became more mechanized. As time passed, Alex began to place his chair closer to lean over to hear Lester and I would observe him, elbows on knees, straining to catch the flooding memories. Then, one day, the absence of bluegrass music outside Lester’s door spoke volumes. Lester was actively dying and his phonograph had grown quiet. He had turned it off. Alex came to me and tentatively said, “I have an acquaintance who plays the banjo and knows any number of Lester’s favorite songs. Do you think I could ask him to come in and play for Lester?” We checked with the charge nurse and social worker and Alex was given permission to bring his friend in. By this time, Lester had not stirred from bed, but lay peacefully, quietly slipping away.

I skipped a meeting that day, shut my office door and crept down to the care center. The stomping good sound of the banjo’s strings was glorious. I peeked into the room and saw Alex’s friend’s frenetic fingers pick that banjo, his eyes smiling at  Lester, who was now somehow sitting upright, a look of bliss on his worn face. Alex nodded to me from the very corner of the room. I wondered if Alex consciously picked the color of his shirt that day to blend in with the wall color.

Lester died two days later. Alex and I sat in my office, the lack of music deafening. He did tell me that his friend was honored to be able to play for someone who breathed those mountain roots. Alex got up to go. It wasn’t the time to badger him with questions about how he was going to process this experience, not yet anyway. Right then it was time to silently let it all sink in.

What makes a person successful? I’d say Alex pretty much had it all figured out.
-Meridian