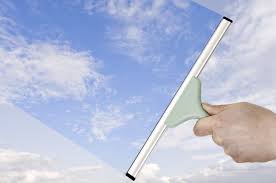 I have to fire a volunteer. The first time I had to fire a volunteer was sheer torture. My palms itched so bad and my stomach felt like the volunteer in question had reached in and gleefully begun to twist my insides. How dare she act in a manner that MADE me have to do this? Why couldn’t she be a good little volunteer like all the other good volunteers? Why did she have to go and tell the people at her church about a client’s private financial status?
Honestly, as a newbie volunteer coordinator, it never occurred to me that firing a volunteer existed. That was bogey man stuff, not reality. My original boss way back in the day never fired a volunteer, so I was left to dive off the cliff without knowing what rocks lie below. And I didn’t know whether to wear a wet suit or armor.
I have to be honest, it didn’t go well. I babbled something about privacy and confidentiality and threw in a measure of “I’m sure you didn’t mean to say that the client was dirt poor,” but all in all it went horribly. She left, most likely confused, because I told her how wonderful she was, while firing her. Contradictions rained down and I had no umbrella.
That night I dreamt that she came back, completely unaware that I had dismissed her. I had to fire her all over again. While that did not happen, I could see how it might have, given the fact that I told her she was a great volunteer. (What?)
The second time I had to fire a volunteer, (which thankfully did not happen until two years later) was in some ways worse than the first. It conjured up memories of the original debacle. Unnerved, I searched for answers. The internet was just starting to yield expert advice and I found some theoretical help there. But I needed personal help. How was I (loveable, kittens and flowers me) going to fire this volunteer?
I was tasting yesterdays lunch.
Quite accidentally, if there are accidents, I found myself at a good friend’s house that evening. Her husband, a gentle man in private and a shark in business overhead me discussing my upcoming day of horror. I caught him listening and thought, “oh boy, he’s probably fired hundreds of people and thinks I’m some sort of cry baby.” Instead, he came over, sat down and asked me these pointed questions.
“Did this volunteer violate your rules more than once?
“Yes, several times and we’ve given her the chance to correct her behavior.”
“Do you, personally, think that she needs to be dismissed.”
I had to think deeply about that, but then I answered, “yes, I do. I don’t believe she is willing to change.”
“Then,” he looked me straight on and asked, “who is the best person to dismiss her? Who will deliver the message in such a way that she does not feel wrongly accused and who will make her realize that your clients come first while protecting her dignity and self-image?”
I knew the answer. I had known it all along. I just never had thought of it that way. “I am.” I whispered.
“And,” he added, “I never fire anyone. I have a conversation with them about how my company and their expectations do not match. I’m clear, don’t get me wrong, but I dismiss them and wish them well. You can point out a person’s good traits but make it clear that there is not a place for them in your organization.”
With that he went back to his home office.
My friend smiled. I could see more clearly why she married him in the first place.

So, how do you do the hard stuff? Because of my friend’s husband, here’s the way I look at it now. If it has to be done then who better to do it than someone who feels some emotion about it; who better to deliver a tough message than someone who doesn’t want to do it? Do I want senior management to dismiss our volunteers? No, not really. It would be easier for me, but in every case, I realize that I’m the right person for the tough job. I will twist it over and over in my head to find the right words. I will have somewhat of an established relationship with the volunteer. I will call upon my years of volunteer involvement and treat this person with respect. I will do it justice, at least to the best of my ability.
Not every volunteer will work out. Some will not be appropriate on day one.
I know volunteer coordinators who like to use the “I’ll just not call that volunteer and they’ll get the idea eventually” tactic. But who benefits from that tactic? Only the coordinator who chooses to avoid the situation. Not me now. Let me talk to the volunteer and be clear. Volunteers deserve that and I’ve known volunteers, who after discussing concerns, turn out to be good volunteers. And on the flip side, I’ve had former volunteers call me years later because they were never clearly told that they did not fit in the organization. How cruel is that when you think about it?
So, as hard as it might be, I’m going to have the conversation. And I’m going to feel the pings in my stomach and not shirk my responsibility. I’m It.
I will be kind and I will be clear.
-Meridian