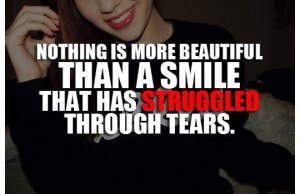 Last week, I was talking to a brand new volunteer manager, who has been on the job for three months. I’m ashamed to say, but I’ve completely forgotten what it is like to be new to volunteer management, so listening to Amber talk about her experiences was enlightening. “I really love working with the volunteers,” she said. “They’re so, well, good.” She went on to say that the person who trained her, Simone, retired a month before. “Everyone loved Simone,” Amber mused. “They all came to her going away party. It was obvious the affection they had for Simone and she had been there for so long, that everything has her stamp on it. Replacing her is proving to be a tall order. I can see the volunteers trying hard to not compare me to Simone, but at times they just can’t help it. Simone was really great in helping me get to know the volunteers and for the most part they have welcomed me, but I know they miss her.”
Amber continued, “Just after Simone left, I had this volunteer, John come into see me. Evidently he was given an assignment by Simone and I just didn’t know I was supposed to follow-up with him. He was really mad and started berating me for not following up. I was so taken aback, I didn’t know what to say, so I just sat there and took it. But it really shook me up.”
Then Amber’s voice trembled. “I have to admit, I was so upset, I started to cry. I think all of it, the enormity of what I need to do, the aloneness I feel and then the yelling at me just overtook me. I went home and cried. Should I feel like this, I mean, should I be crying? Is this how it’s going to be?”

When you get used to the workload, learn to be kind but professional, cease to take things personally and develop your own methods of working with diverse populations of volunteers, the hard introductions to this profession are easily forgotten. As we grow into our roles, we become volunteer managers, or better yet, leaders of volunteers. As our passion overtakes our trepidations and our comfort levels increase, we become the people our volunteers need us to be. And we put away the tough times we had when we first started. I wanted Amber to know that.

Here’s what I told her:
On my bulletin board is a note from the daughter of a former volunteer. It is an well worn note, wrinkled, dusty some, a frozen piece of time from when I wondered if I was in the right job. At that time, I was feeling that so much was being asked of me, so much was expected without resources or help. Everyday requests were weights on my weary shoulders. Volunteers who said no disappointed me. I didn’t have a smile handy for anyone.
And then the note came. It was a scribbled phone message. It read, “Call Jessica, daughter of Ben Chapman.” Ben Chapman was a volunteer who had moved away to live with his daughter about seven years before. I hadn’t heard from him in a long time. With heavy heart, I called Jessica who informed me that Ben had died two days earlier. I had known this instinctively, as if we still had the long thin thread of connection. Ben was one of my all time favorite volunteers, a man who made me laugh and inspired me with his love for family, muscle cars and animal jokes. His persona would arrive before he did, like joyful radio waves filling a room. When he left to live with his daughter because of early Alzheimer’s, a song ended.
Jessica wanted me to know that he had died peacefully in the arms of his family. She told me how much his volunteering had meant to him, how much he loved coming, how much he felt a part of something meaningful. After all this time had passed, she thought I should know.
I told Amber that her moments would come, those moments that only she would feel and know way down in her soul that she was making a difference. I told her that she would experience long-lasting connections, the triumphs of pairing the right volunteer with the right clients, and the gratitude of a daughter who loved her father. I told her that she would orchestrate the ripples that move soundless across helping waters and that her diligence will give her volunteers buoyancy. I couldn’t lie to Amber. I told her that there would be days when it felt like no one understood, no one appreciated the quiet work or the persistent trying. Those days however, would be overshadowed by notes from a daughter and I asked her to keep her notes close by to reminder her.
And, I told her, you will acutely feel a myriad of emotions. Yes, you will cry, from frustration and sometimes anger, but mainly from being touched so deeply, you didn’t know you had those places open.
-Meridian

8 thoughts on “Should I Be Crying?”