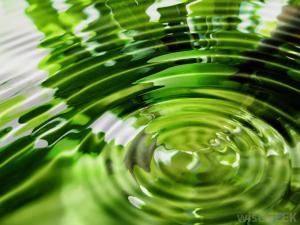 One day a few weeks ago, I was on my cell phone walking down the hallway when I noticed a woman speaking to the front desk volunteer, Molly. While listening to the person on the other end of the phone, I watched the woman engage Molly in conversation. As I talked, my attention kept darting back to the woman at the front desk. There was something about her.. something I couldn’t quite put my finger on. She looked familiar, and I wondered where I had seen her before. I thought that she might have been a former caregiver who we had helped. I see caregivers all the time when they come back and thankfully want to give back. I studied her face. Her eyes, they just had this crinkly way of smiling as she spoke. And her chin, it was just so familiar, but really her mannerisms spoke to me. It was like losing your memory and seeing a good friend again for the first time.
Curious, I came closer and heard her ask Molly about volunteering. Molly was handing the woman a packet of volunteer information, but as I approached,
Molly saw me and said, “oh here, here’s Meridian, she can tell you more about volunteering.”
I caught the woman’s eye and as she looked at me, I felt deja vu. “I’m Bree,” she said, holding out her hand and we shook. Her hand felt like favorite family. We walked back to my office and she sat down, her eyes taking in everything as though she had seen it before, in another life. Then she smiled a knowing smile. “My name is Bree Phillips and I’d love to volunteer here.” Hmm, I thought, the name rang no bell, and I wondered if maybe she had changed her name. Bree continued. “I just moved here to be near my mother after having been through a long divorce. Because Mom is getting older, I need to take care of her. But I have some free time to give, and really, I’m here because of my father. He volunteered here many years ago.”
“No kidding,” I said, not recognizing the name Phillips, “who is your father?”
“George Keenon,” she said.
My mouth dropped open. “Your dad is George Keenon?”
“Yes,” she answered, “did you know him?”

Oh my gosh, it suddenly dawned on me, those eyes, her chin, the mannerisms, I was looking at a female version of George, a volunteer who was one of my all time favorite volunteers. In that instant, I felt like I was sitting with him again, enjoying his stories of growing up on a farm, his love for family and helping others. George volunteered during a time when sadly, male volunteers were scarce and he stepped forward to fill requests for a male volunteer to help male patients. He roamed the halls of the hospice care center, complementing the nurses and stopping to acknowledge a broken heart. I remember one day, when a patient was asking to see Frank Sinatra, George entered the room and she looked at him with a smirk and said, “whoa, you really let yourself go!”
Bree listened to my stories of her father and told me that before he died, he recommended that she try volunteering at a hospice. “He was always talking about his experiences here,” she said. ” I swear, he had this long, great career in business, but he spoke more often and more fondly about his connections to the patients.” Bree’s eyes brimmed with so much emotion. “I want to honor my father by following in his footsteps. I’ve got the time and I want to do something that lights me up the way it lit up my dad.”

Then last week, I had a new class of volunteers. In the class was a middle-aged woman named Holly Starfire. What an awesome name I thought as the volunteers introduced themselves. Holly was quiet, shy almost when it came time for her to comment on the icebreaker. “Why am I here?” she mused aloud. I think it’s because of my father who volunteered here a long time ago.”
“Who’s your father if I might ask,” I inquired.
“Hardy Pike.”
“What? Your dad is Hardy Pike?”
“Was,” she corrected. My dad died last year in Florida where he retired.”
Hardy Pike was a volunteer who, as a young man, had changed his name from David Toth to Hardy Pike because he liked the sound of it. It figured that he would name his daughter Holly Starfire. A big brute of a man, Hardy had blue-collar hands and a bohemian heart. He had built his own house from scratch and fixed heating and cooling units for a living. He loved fishing and poetry and could listen to anyone from little prim ladies to salty language gents. Hardy was an enigma. Everything about him pointed anywhere but volunteering, and yet, he faithfully committed to providing a pat on the back for the terminally ill.
“I grew up with a sense that the world is full of possibilities,” Holly told me, “and that giving back was more a possibility than a mandate. Dad spoke often about how good he felt when volunteering. He inspired me to find that too.”

Most of the time, we’ll never know the lasting impact volunteering has on our volunteers. There’s not a statistic for “volunteers who, in whatever area they live, go and volunteer because they’ve been inspired by someone we worked with”. We don’t hear the stories they tell their children. We can’t see their friends and relatives, who are inspired to go out and volunteer themselves. We’re not a droplet of water on the ripple, along for the ride. But if we’re lucky, we will get to meet a son or daughter or friend who comes because they want that meaningful experience they’ve heard so much about.
And, I figure, if I last long enough, I’m going to meet the next generation too.
-Meridan