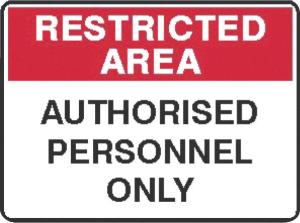 Lately I’ve been reading about the UK’s debate on whether out of work young people should do some volunteering in exchange for benefits. I’m not going to go into any opinion on whether or not this is a good or bad idea, but the conversation made me think of several experiences I’ve had and how the volunteer manager is seemingly left out of this equation.

One of the first experiences I had with someone forced to volunteer was with a young woman named Tori. She had to complete 50 hours of community service for a misdemeanor. She came to me very early in my career, and I thought I could show Tori the beauty of volunteering. I thought I could show Tori that immersing herself in the woes of others would give her a new and helpful perspective. I thought I could change the world through Tori. I was wrong. Those 50 hours were some of the longest of my life. She did not want to be there and by the 49th hour, I have to admit, I was happy to see the back of her as she walked out the door.

I also remember another volunteer, Julian. A med student at a local university, Julian popped in one afternoon looking to “do some meaningful volunteering.” Young, with an urban handsomeness, he said he needed hands on experience with beside manner. “You know,” he said, “the kind of skills they don’t teach you in school.” I listened to his impassioned plea and then decided to short track him into volunteering. I reasoned that we needed more caring physicians, right? He wanted to initially do some data entry and then move on to working with patients because he had a full schedule of classes. I saw no reason not to let him begin that way and gave him assignments. He always seemed to have an excuse for not completing an assignment, so I chalked it up to a hectic semester. I thought, based on his enthusiasm that he would just show up one day ready to become a great volunteer.

Well, he did show up one day with a paper in hand. “I need this signed today,” he said, “and I was hoping you would help me out.”
My curiosity peaked, I looked at the paper to find that Julian had court ordered community service. “You haven’t completed the required hours,” I said to him. “And this is due tomorrow.”

“I know,” he returned, “but I will do the hours, I already did some, right? I promise to do the rest. And I really do want to volunteer with patients, it would be so good for me. It’s just so hectic right now.” He smiled sheepishly and for a moment I gained access to the manipulated world according to Julian. I knew right then and there that he was just using me, but, being new to volunteer management, I signed the papers. I never heard from him again, but from then on, I termed that experience the “Julian debacle”. Now I never sign for hours I cannot prove.

I also think about the year that Disney created the “Give a Day, Get a Day” volunteer push in 2010. The promotion was to encourage one million volunteers to do a day of service and in return they would get vouchers for Disney tickets. Now, on surface, what a lovely idea, but for me, personally, what a challenge. I began receiving calls from folks who couldn’t get in to volunteer elsewhere and needed to do volunteering, any volunteering by an approaching date. The people who called me were desperate to get their tickets. The idea that they might have to do orientation or wait for a day when I could actually come up with something for them to do that was meaningful sent them into panic mode. Because I felt for them, and because I hoped that one would actually want to volunteer beyond the promotion, I took as many as I could, but honestly, their volunteering was about free tickets. (Lesson learned).

So by force or reward, is mandated volunteering or perk volunteering still volunteering? And, to those who create these two types of “volunteering,” do you ever think about the challenges to those of us managing these volunteers?

To be fair, I have had some amazing folks who have had to volunteer to keep their food stamps or to clear their name. These people were respectful, eager to learn and help and some even stayed. Just as it’s critical we get to know our volunteers in order to place them, it’s critical we don’t size them up due to circumstance before we even meet them. I’m not saying take everyone and anyone but there are great volunteers who come through unconventional means and not so great volunteers who on paper seem perfect. Trust your judgement.

But what is frustrating is the lack of acknowledgement of the massive amount of work volunteer managers must do to initiate, instruct and incorporate new volunteers. I would hope that future conversations about requiring people to volunteer or creating promotional perks for volunteerism would include the challenges facing the volunteer managers of the organizations being impacted.

We’ve all heard this phrase bandied about; “volunteering would be good for you.” I just hope that the folks uttering that phrase would stop for a moment and think about the volunteer manager who is tasked to make that statement ring true.
-Meridian

6 thoughts on “Are We Forgetting Someone in This Conversation?”