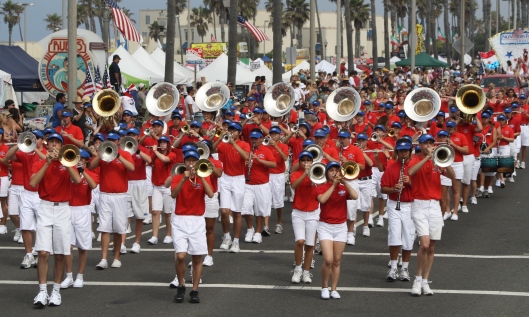 A report on the Giving in Hard Times Project that attempted to increase volunteering levels in the UK showed that none of the employed approaches increased volunteering, according to Peter John, professor of political science and public policy at the School of Public Policy, University College London. The conclusion of this report in Professor John’s words was “finding out that something did not work means more research can discover something that does.”

Ok, that’s an honest conclusion and implies that recruiting volunteers is not as easy as some might think. You know, for some odd reason, this makes me think of comedian Louis C.K.’s hilarious riff on children who continually ask “why” to every answer given until a parent incoherently rattles off meaningless garbage or just yells at the child. Sometimes organizations repeatedly ask volunteer managers “why are there no volunteers” without hearing or understanding our answers, much like four-year old tykes. It goes something like this:

Senior Manager Gwen: Esther told me there were not enough volunteers at the Golf Tournament on Saturday. Can you tell me why?

Volunteer Manager Toby: Well, there were 10 really capable volunteers in attendance, as per the original request, just three short of the last-minute requested number.

SM Gwen: Well, why weren’t there 13 volunteers there?

VM Toby: There were several reasons, the biggest one being that we had ten volunteers lined up and Esther asked for three more on Friday at 4pm. We made numerous calls, but were not able to procure extra volunteers.

VM Toby: Mainly because not every volunteer is available last-minute and our volunteers are very busy people with jobs and families and other commitments. Most volunteers are not home at 4pm. I know this because I have had multiple requests for last-minute volunteers.

SM Gwen: Why are they unavailable? Didn’t they sign up to help us?

VM Toby: Of course they did and they do; if I might show you last month’s volunteer hours, you will see that we increased volunteer participation 20% over the month before.

SM Gwen: I’m not interested in stats right now. Why then do I have a golf tournament coordinator who had to stay an extra hour to collect and tally all the score sheets?

VM Toby: Yes, I was told that by our lead volunteer, Ben who by the way was a professional events coordinator for over ten years. However Ben said that volunteer staffing was more than adequate and that some volunteers did not have enough to do. He also mentioned that the scores were not tallied on time because the system for collecting them was chaotic. He offered to help, but was rebuffed.

SM Gwen: Huh. Be that as it may, 13 volunteers were requested. So why can’t you recruit people who are available to us, like people who aren’t doing anything like the ones who have no jobs and no commitments?

SM Gwen: C’mon. It can’t be that hard.Why can’t you just convince them? Do you need one of our marketing people to come talk to recruits?

VM Toby: Thank you, no. From my extensive experience, volunteers need to hear a message directed at their wants and needs, not a general marketing message meant mainly for donations..

SM Gwen: Why are you taking that attitude with me?

VM Toby: Because I feel like you are calling me incompetent and incapable, of which I am neither. Recruiting volunteers takes skill and I have recruited and retained forty productive volunteers in the past two years. Besides, I also weed out inappropriate people as well, It’s not about numbers here, it’s about great, professional people volunteering for our organization. I’m proud of our volunteer force .Last minute requests will always be hard to fill, but I willingly do my best every time.

SM Gwen: Then why can’t Esther get 3 volunteers when she needs them? Three, just three?

VM Toby: Ok, because I’m stupid and lazy and I just want to collect a paycheck! I come in late, leave early and spend hours at lunch. I could care less about this mission and just want to find another job! Recruiting is easy, managing volunteers is a breeze, any idiot can do it, all right?

Yeah, kind of like answering a four-year old’s why parade. Even a well-thought out attempt by highly qualified people to increase volunteer rates proved that volunteer recruitment is a complicated and nuanced task.

So my why question to organizations is: Why aren’t volunteer managers judged on the number of competent and productive volunteers professionally recruited and managed, instead of on the perceived handful of phantom always available mind-less volunteers who are unavailable last-minute?

1 thought on “The Why? Parade”