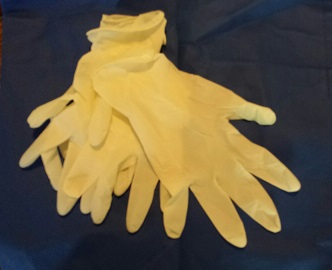 We have to be prepared for it. One day you’re working hard placing volunteers when bam, you’re now in charge of a new program. Your focused energy now has to be refocused. Your carefully managed time has to be completely reworked. Your priorities which you have so meticulously set have to be reset. It happened to me and I survived and here is a quick perspective regarding the project that was handed to me a long time ago.
First off, the Good:
Ok, I learned that I was fairly capable after I waded through all the self-defeating voices and just got on with it. I’ve found over the years that equating my work with my worth just held me back. Once I realized that no one concocted this project in order to make me fail, I could logically begin to actually put a plan in place. Tip: Personalizing thoughts can sabotage efforts, so focus on the task at hand in a logical, non-emotional way.

Now, the Bad: So I have to admit, I fantasized about all the accolades I would receive when I accomplished this gargantuan feat. But, I wasn’t exactly crowned prom queen. Results were ongoing, fluid and expected, therefore in organizational speak, I did not go above and beyond, even though I felt that I did. Tip: Be careful as to your expectations, but don’t go all “aw shucks” and downplay the results. Frame them in terms of volunteer accomplishments and benefits to organization and clients. Then ask for a raise.

And then, here are just a few Useables:
Cross-training volunteers is the same as having extra volunteers. When assessing a volunteer request, I learned to look to all volunteers and not just those on a particular list. I’d ask kitchen volunteers to go into homes of patients in their neighborhood (stop by on the way home? Please?) (Mind you, all volunteers got the full patient training). Nursing home volunteers who I knew did not attend a worship service would be asked to come in once in a while on a Sunday or Saturday. Everyone was cross trained so that they could fill in when necessary.
Volunteer staying power sometimes is really about finding each other. I learned to make sure that the members of groups working together as a team were compatible with each other instead of simply filling time slots. It took more effort and sometimes a time slot would remain open longer, but after losing volunteers due to mismatched teams, I realized the effort was crucial. Members of cohesive groups encourage each other, fill in for each other, and create that camaraderie that keeps them coming back.
When you have a big ongoing project, you at least have something to offer volunteers who are interested in volunteering with you instead of putting them on hold. In volunteer training, I used to tell the story of two new volunteers, Della and Debbie who told me that absolutely under no circumstance would they ever work in a kitchen. Well, you guessed it, they tried it temporarily, loved it and not only gave 12 years to the kitchen project, they did fundraising, trained new volunteers and filled in for other jobs.
Don’t pigeonhole a job: So, sure, kitchen work didn’t sound like meaningful stuff for many volunteers who wanted to work with patients, but we were able to expand the kitchen role by having volunteers take trays into rooms, and chat with families about menu choices which led to some real meaningful conversations. Some volunteers started in the kitchen and moved “up” to working exclusively with patients.
You have to honestly believe that every job matters and not just try to “sell it”. Why did it matter that volunteers were cooking for patients? Well, heck, the meal the volunteers prepared may have been the patient’s last real meal and shouldn’t it have been made with care? Besides, the patient’s family would see the pretty garnishes on the plate, see the homey touches in the food, and see the hand written signatures on the place mat. But do those tiny actions by volunteers really matter? Oh, wow, did I learn that it’s the smallest things that matter the most. Once I began to experience the project in terms of how it impacted real people, my recruitment pitch changed drastically for the better.

Somehow, in some way, make it your own. When you initiate a project, you already have ownership and buy-in. When you are handed a project, you need to find a way to make it your own so that your enthusiasm and commitment is akin to a project you created. Since I was handed no real guidelines to follow, I quickly made it my own by giving my project a title and mission statement, thereby taking it from the cold ‘Volunteer Dietary Project’ to ‘Homelike Meals Made by Caring Volunteers.’ It was a simple but very powerful transition from an antiseptic concept to a vibrant and purposeful one that I could get behind.

Big results come from big work. The effort may take a great deal of time and energy, may go forward then backward, may sometimes look impossible, but with the skills already honed from managing volunteers, a project can succeed. We, volunteer managers are stronger and much more capable than we might think.

5 thoughts on “Oh BTW, Get 42 Permanent Volunteers By Next Month-Part 2 Looking Back”